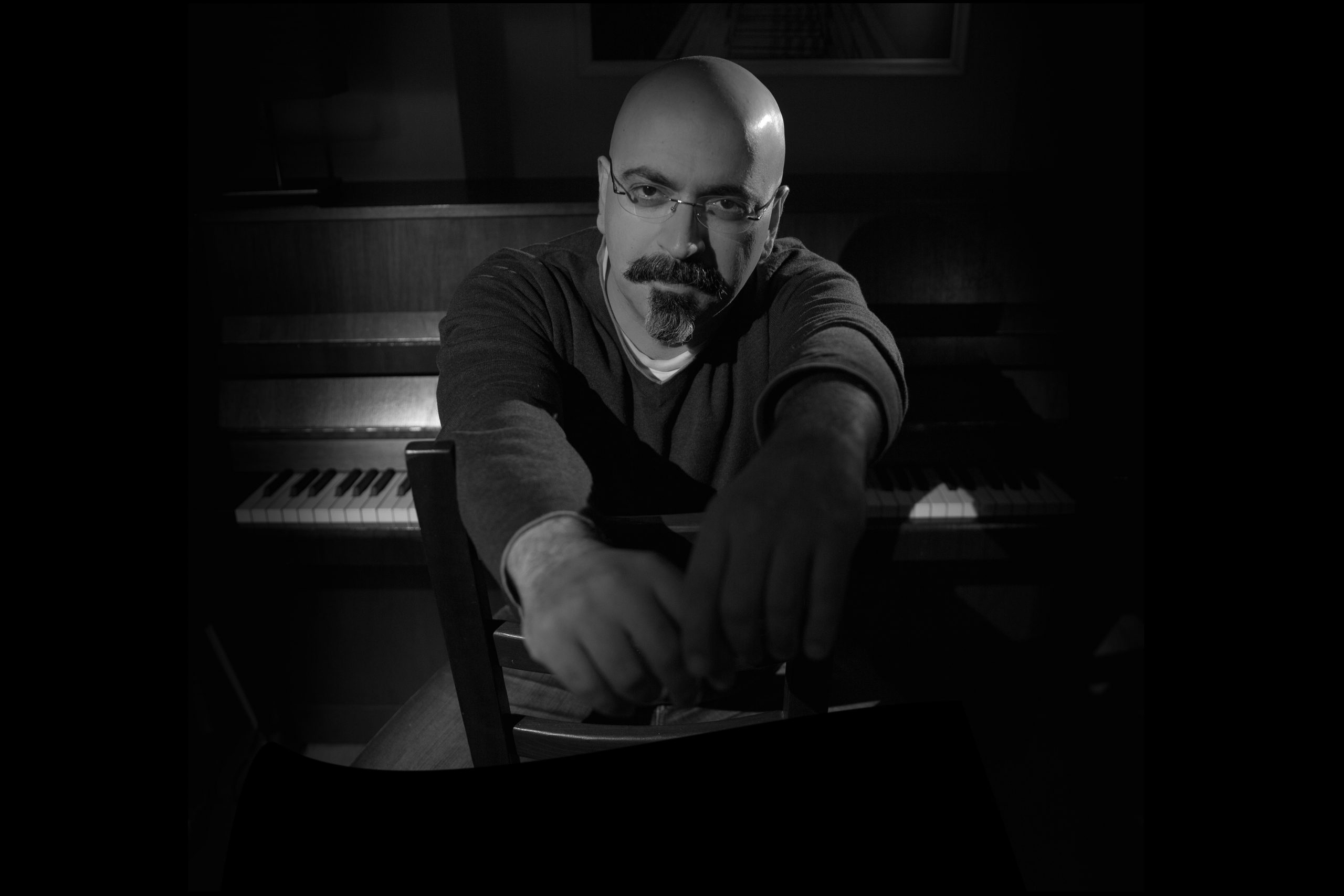 At the age of 11, Tolga Tuzun started taking piano lessons. While he was at the Lycée of Saint Joseph, he studied privately under Meral Beseli. During this time he discovered electronic music and jazz, especially being influenced by avant-garde jazz, and he spent his university years improving himself as a performer in this genre. Upon graduating from Marmara University’s francophone department of political science, he embarked on a career as a professional musician. For a short period he studied jazz theory and composition with Aydın Esen, however he is largely self-educated in music theory and harmony. In 2000, he enrolled at Istanbul Technical University Center for Advanced Studies in Music (MIAM) for a master’s in contemporary musical composition, studying composition with Pieter Snapper and Mark Wingate and advanced orchestration techniques with Hasan Uçarsu and Ilhan Usmanbaş. During this period, his first string quartet and chamber music compositions were performed by the Istanbul Modern Music Ensemble. In 2002, Tolga Tuzun started a PhD program at the Graduate Center of the City University of New York, studying composition with David Olan and with Tristan Murail at Columbia University. His chamber pieces have been performed by contemporary music ensembles such as Cygnus Ensemble, Composers Alliance and Contemporary Ensemble; his electronic pieces have been diffused at various international festivals and conferences such as Buffalo University’s June in Buffalo Conference, Brooklyn College’s 10th Electro acoustic Music Festival and the 6th International Literature and Humanities Conference. During these years, he also worked as consultant and technical director in festivals as varied as New York Sounds French Festival, Stephan Wolpe Festival, and as a consultant for Argento Ensemble and Speculum Musicae. Between 2002 and 2005, he taught music history, theory, and composition at Brooklyn College Conservatory of Music. 2005-06 brought him to Paris to concentrate on electroacoustic music at IRCAM (Institut de Recherche et Coordination Acoustique/Musique).

Since 2007, he teaches electronic music and composition at the Istanbul Bilgi University.

Shaping his music as a structure open to the influences of 20th and 21st centuries, Tolga Tuzun places timbre as the primary compositional material. In order to have a musical flow that avoids ordinary forms, he refers frequently to extra-musical disciplines and uses the models derived from those as an inspirational source. Space and perception appear in his music as ‘composable’ components while the computer functions as a support for these components, as well as a tool for transforming, morphing, and especially structuring them through multi-layered processes along with harmony and rhythm.

He owns the copyright of his works, while their mechanical rights are protected by MSG (Turkey) and ASCAP (United States).

Ouverture: An Anacrusis for Opera 2009

Snapshots Through My Desert Memories (chamber ensemble and electronics), 2002

Premiered May 28, 2001 in Istanbul by Istanbul Modern Music Ensemble

Along The Borderline: The Breath and The Gaze (clarinet and electronics), 2003-2005

my dear nightmares sincerely yours (viola and electronics), 2002